It was nice day spent with our friend. I was very much excited to see the progress on the Bangalore - Mysore Highway & it was good experience to drive on nice 4 laned road.
For Rs. 75/- ( Includes Jwar Roti, 2 curry's, rice, sambhar,rasam,butter milk, papad & banana !!). The meals are really wholesome & feels good. I know its lot of food, but the taste is mild, I liked the rasam very much. I would definitly recommend the north karnataka meals if you happen to go there !!
We just wanted to have a good day spent nearby bangalore & it was well done trip !

As we started late around 11:30, we wanted to stop for lunch at Kamat Lokaruhi. Its a nice restuarent by http://www.kamatyatri.in. They are famous for their chain of restuarents in South India & infact all over the world !!..The food is vegeterian & alwys tastes good. We had the North Karnataka Meals(a south indian term for Thali). It was very good meal for Rs. 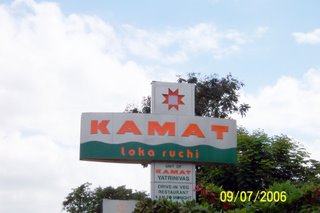 Beside Kamat Lokaruchi there is Janapada Loka. Janapada Loka is a treasure-trove of Karnataka’s folk heritage. The 15-acre complex houses museums, an open-air theatre, a studio and other structures. The museum, drawn from the life and arts of a large number of tribal and rural folk across Karnataka, has an amazing collection of 5000 artefacts that represent the essence of Karnataka’s folk culture.

Outside Kamat, there are stalls of Terakota & other stuff made by artists there. Its a nice to take stuff & you can bargain for less. The prices are reasonable as compared to something being sold in Bangalore shops. 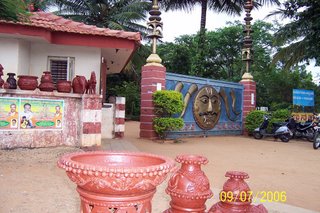 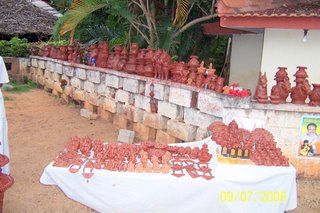 We could purchse something for quite reasonable price. Being sunday, lots of people were there in Kamat Lokaruchi !!.

Quick Facts :
We went to Channapatna after having our lunch. Its around 10 kms from Ramanagar. The objective was to purchase some wood toys for my daughter !!. There are lots of shops( so called Handicraft Emporiams) on the left side of the road when you reach the Channapatana town. Do not do there unless you see something specific you want & its there !!.They charge too much for all items on display. They would do bargain, but still the charges are high. Take a right turn into the town & find some local shops selling same items for reasonable price.This what all we bought!! 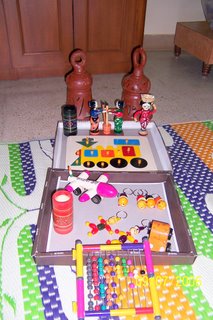 We found a good shop in the town, we which is just in front of Reliance Petrol Station. The shop has good articles..Wood Toys, Frames etc..all reasonably priced. To our surprise he was speaking Marathi !! He gave his shops Number to us Nagaraj : (080) 7255182. He also does good custom made wooden paintings of Gods. These are paitings which are partially done by embossing & carving the wooden peices together.

It was worth visiting this small shop in the town.

After our shopping we went towards the Kanva Reservoir. Its on the left side when you are going towards bangalore. There is a board which says Kanva Reserviour - 10 kms !!

The road towards Reserviour is ok, not too bad except few 1-2 kms of bad patches.

Its a nice place to spend some time. 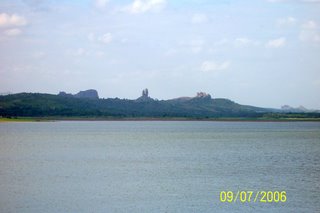 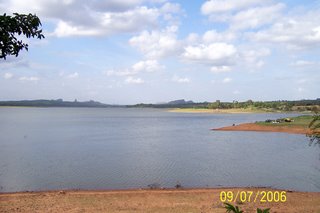 Please email me for any Questions @